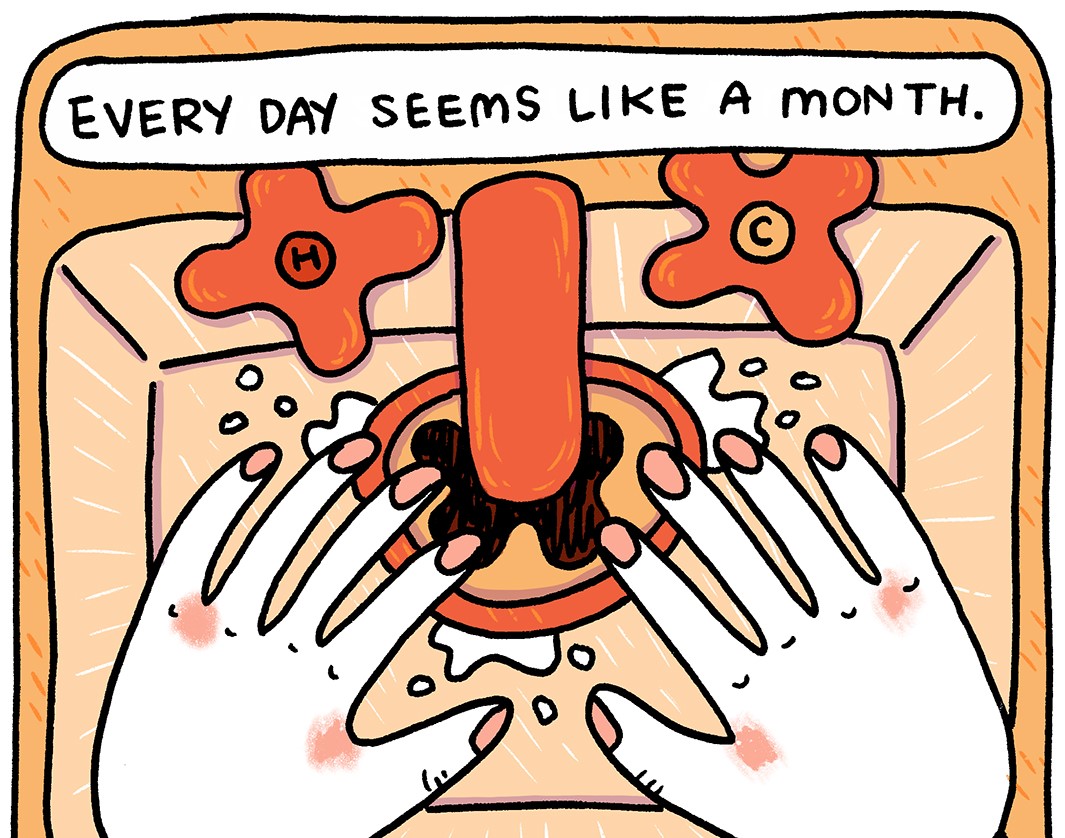 As part of our online exhibition LIFE INTERRUPTED exploring well-being and connectedness, we’ve got our fourth comic from Adelaide based creator and comic artist Georgina Rex.

We’re all feeling it, and tomorrow’s ‘new normal’ may not be the same as yesterday’s. But hey… we’ve got this! Tune into MOD.TV next Wednesday 20th May at 4pm to join us in George Rex Comics‘ zine workshop!