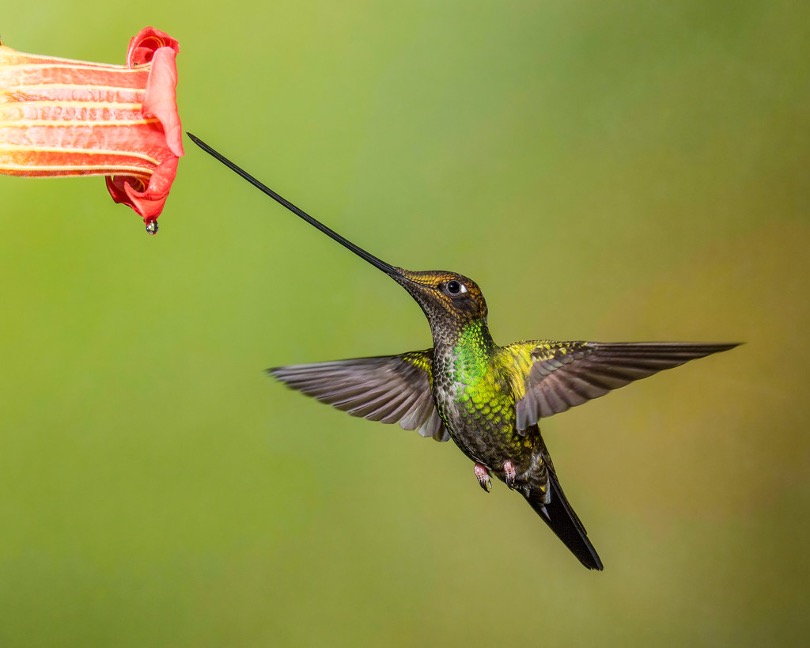 The world is a strange place. It’s so strange, that after centuries of studying and cataloguing its plants and animals, we’re only a fifth of the way through. In fact, we might only be a fiftieth of the way through. The total number of species on Earth is thought to be around 8.7 million, but it could be more than ten times that. The only thing biologists really agree on, is that Earth has a staggering variety of lifeforms.

So, where did they all come from?

Perhaps it was survival of the fittest. The strongest, fastest, and smartest survive to spread their genes throughout the land. That makes sense, we have bears, cheetahs, and cuttlefish to prove it. But… sloths are also a thing. Three-toed sloths are mostly deaf and blind, and sleep about 15 hours a day. They’re not exactly what you’d call the fittest, so why has evolution favoured them?

Well, there’s no simple answer, but sloths do have a community of insects, fungi and algae living in their fur. The support that they get from these “friends”, might be a peek into a more complex history of evolution.

As it turns out, the way things survive and evolve over time is… messy. It doesn’t really happen on purpose. People assume that evolution is a strict progression of cause to effect, but actually, from a non-linear, non-subjective viewpoint, it’s more like a big ball of wibbly-wobbly, timey-wimey stuff. Yes, that’s from ‘Doctor Who’, but it’s surprisingly accurate.

Nothing exists on its own. Predators, prey, parasites and pacifists all affect which traits get passed on in each other. Sometimes, beneficial mutations get passed on and sometimes they don’t, for no reason at all. It’s all a bloody mess!

In their naïve and hopelessly inadequate attempts to sort this mess out, biologists, ecologists, taxonomists, and cryptologists (wait, no, not that last one) like to break things down. They look at how individual species can affect each other’s evolution. This is called coevolution.

Realistically, even this is preposterously complicated. It involves things like allele frequency, environmental resources, population density, and sheer dumb luck (which evolutionary biologists call “drift”). Fortunately, reality is a piece of unnecessary trivia when you’re designing a scientific model, so let’s imagine coevolution as tit-for-tat.

– A bird with a long beak steals the nectar from a flower trying to attract bees.

– Some flowers have longer bells that are harder to steal from. Those flowers get pollinated by bees more often, so more start appearing.

– Birds with even longer beaks are better at stealing nectar, so more of them start appearing.

– Some flowers position their stamens to get pollinated by the bird. More of those flowers start appearing.

– A man with a beard observes this perfect partnership between a bird being fed, and a flower being pollinated. The man decides that God did it, which was the only sensible explanation at the time.

Co-evolution helps us to describe how separate and sometimes unrelated things have affected one another. Quantum entanglement does something similar for atomic particles, describing how they can affect each other across space and time. Albert Einstein called it “spooky action at a distance”. That’s one of the most profound and extraordinary phenomena in the universe, and the best description Einstein could come up with was “spooky”. Imagine if a biologist described the evolutionary relationship of bullet ants and the fungus that turns them into zombies as “spooky”. They’d be right of course, zombie fungus is pure nightmare fuel, but that’s not the point.

The point is, that despite the world being an infinitely complicated place, uncovering its mysteries and describing them is important. By learning how the lifeforms on this planet have co-evolved, we can gain an understanding of what the future will be and how to protect it.

So, if participating in the naïve and hopelessly inadequate attempt to understand this preposterously complicated, wibbly-wobbly mess of a planet appeals to you… firstly, you’re a masochist. Secondly, you might make a good biologist.