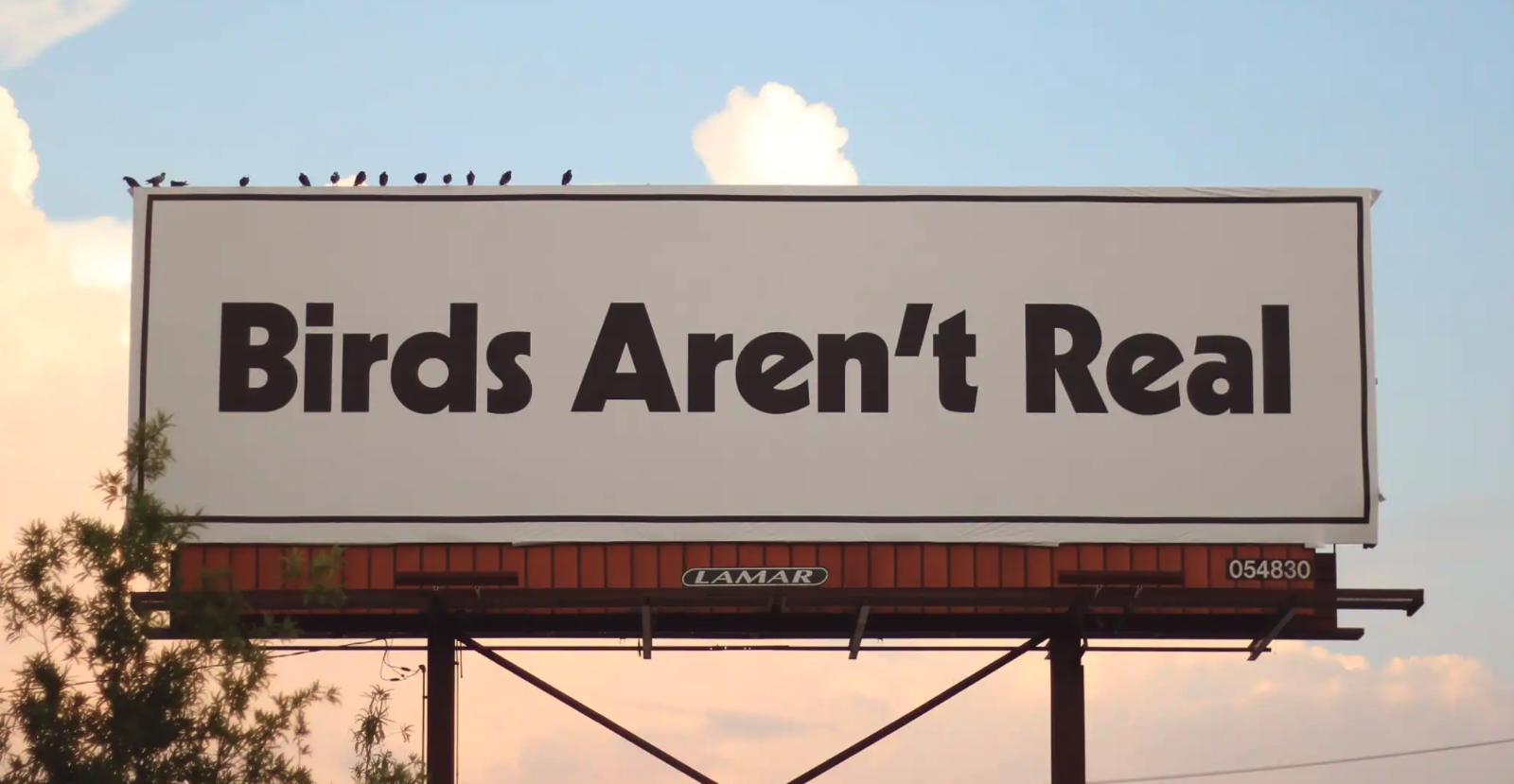 Did you know that birds aren’t real? Those feathery things you see flying about in the sky aren’t actually living creatures. They’re drones piloted by the US Government built to spy on us.

I’m not serious, of course. It’s the biggest conspiracy theory to come out of Gen Z, spread to play on the misinformation epidemic that is sweeping the globe. The spokesperson for the cause, Peter McIndoe, says he started it all by accident when he was attending a protest in 2017 and wanted to find something absurd to put on his placard about a totally unrelated cause. Since then @birdsarentreal has exploded, with close to 400,000 followers on Instagram.

Misinformation is usually more serious than flying-spy-bird-drones. Currently, there is a lot of misinformation spreading online about the Russian invasion of Ukraine. This is taking place across the social media platforms on which fake news is already a problem, Facebook and Twitter in particular of course, but TikTok is currently facing controversy for the fake videos that are spreading fast.

TikTok was actually the first place I heard about the impending invasion of Ukraine. A few months ago I was suddenly watching a video of lines of Russian soldiers standing in the snow. It was very eerie, not at all what I expected to find nestled between my normal For You page content. It seems that this has been lots of people’s experience: they’re happily scrolling until they’re suddenly shown videos of explosions and people in bunkers.

Some of this is good, it can help us to better understand the plight of people living in Ukraine. But some of it is less good, with people sharing videos from different events in the past, all nothing to do with the current crisis. This is where it can cause issues.

At MOD., we have been preparing to combat fake news for awhile. Since 2018 we have been exhibiting artworks, games, and interactives to try to help educate us all about how to notice fake news and misinformation, so we have a few things we suggest. First, play the Bad News Game. This was originally commissioned by us a few years back, and it has stayed relevant. It’s quick and silly, but it’s also a great way to quickly ingest some tips and tricks to deal with all of the misinformation that is definitely heading your way.

Second, come in and visit! We currently are touring the Glass Room, an exhibit created by Tactical Tech, a Berlin-based technology collective. They have produced a bunch of great animations and apps that will help you to understand everything from deep fakes to fake news.

Third, use your brain. It’s very simple: don’t believe everything you see online. If you see something that doesn’t look right, do a Google. If you can’t find an author, especially one who’s reputable, don’t believe it. Critical thinking is key if we are to avoid adding to conflicts by spreading disinformation.